How’d She Do It? Tory Burch

How’d She Do It? Tory Burch

Tory Burch is a worldwide fashion icon well-known for her fashion label, which is sold all around the world. Tory Burch LLC is an American fashion label based in New York City, New York. The one and only Tory Burch founded it back in 2004. We love featuring stories of successful women, so let’s talk about how Tory Burch came to be the brand powerhouse she is today! 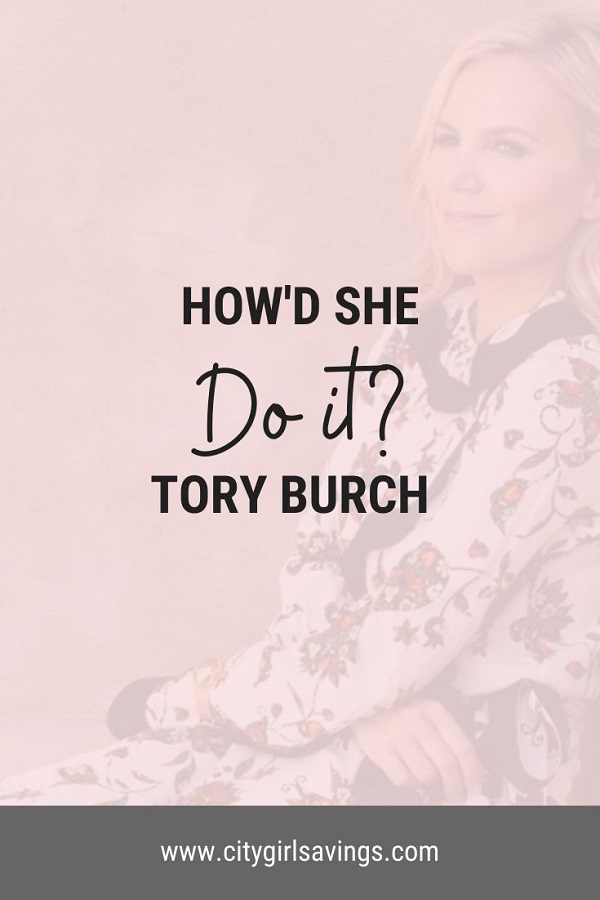 Tory began her fashion label under the name TRB by Tory Burch, but later shortened it to Tory Burch when it was officially launched in a retail store in Manhattan’s Nolita district. The explosion of her company began when the queen herself, Oprah Winfrey, endorsed Burch’s line on her daytime talk show The Oprah Winfrey Show in April 2005.

Winfrey made her a household name and Tory made the canny decision to gift her with a tunic from the collection. It was not long after when Oprah invited Tory to appear on the Oprah Winfrey Show. After the announcement the news spread like wildfire: Burch’s website received more than eight million hits the following day, putting her fashion label in a position millions wished to be.

Growing up, Tory was rather tomboyish. She walked to the beat of her own drum and did what she wanted to instead of falling into the status quo. She rode horses, and was also the captain of her tennis team. Tory, whose maiden name was Robinson, was born and raised in Valley Forge, Pennsylvania.

Like most little girls growing up, her first inspiration was her mother. She would watch her mother get ready as a little girl and thought about how stylish she would be, pairing her pieces together. Tory grew up affluent but always had her eyes on making her own name for herself.

One of her first jobs was at Benetton at the King of Prussia Mall. Over the years, she spoke her future into existence by putting up pictures from magazines and old picture from photo albums to create a scrapbook style vision board. She majored in art history at the University of Pennsylvania and later moved to New York. Once she moved to New York she began working in Public Relations and marketing for brands like Vera Wang, Ralph Lauren, Zoran, and Narciso Rodriguez.

In 2004, during her marriage with her husband Chris Burch, she decided to officially live out her dreams and make them reality. Tory entered into the fashion design world and did not look back. It took her a total of eight months to create her first collection. Her very first boutique was nestled on Elizabeth Street in New York City.

Her boutique had its own creative interior deigned specifically for Tory Fashion. When opening day finally came, she was gleeful to see her pieces fly off the shelves.  Her company eventually expanded to include 83 stores all over the world. Her line is carried in more than 100 stores, both department and specialty.

Stores that carry Tory Fashion include but are not limited to Neiman Marcus, Nordstrom, Bergdorf Goodman, Saks Fifth Avenue, and Bloomingdales. Tory had created a lifestyle brand that only started as a dream. Her fashion style is considered to be preppy-bohemian luxe and preppy-boho.

She is most notable for turning a simple t-shirt into a fashionable item of clothing.  By 2009 she started the Tory Burch Foundation, an organization that provided small business loans, mentoring and entrepreneurial education for the economic empowerment of women pursuing careers as entrepreneurs.

The company, currently run by CEO Pierre-Yves Roussel, has grown to include 250 stores worldwide. These include flagship stores at some of the most credible fashion dwellings such as Los Angeles, London, Paris, New York, Rome, Tokyo, and Seoul.

The company does not discriminate when it comes to the fashion world: the eCommerce sites include seven different languages. Tory Burch fashion line encompasses ready-to-wear, shoes, handbags, accessories, watches, home décor, and a fragrance and beauty collection that is carried at over three thousand department and specialty stores worldwide.

Among her numerous accolades, Burch received the Rising Star Award for Best Retail Concept in 2005, and her latest Accessories designer of the Year Award in 2008. In 2011, she did her first runway fashion show and it went off without a hitch.

It continued to show success each season at the New York Fashion week without failing.  Following her fashion runaway success, she launched her first fragrance and beauty capsule collection with Estee Lauder in September later that year.

By 2015, Tory was listed as one of the most powerful women in the world by Forbes. At one point her clothes were on a waiting list, which were inspired by the ‘50s and ‘60s fashions.

Related: How’d She Do It? Simply Founder Sarah Boyd

Tory is not only a fashion designer but also a mother, and philanthropist. Oprah has been quoted saying, “Burch is the next big thing in fashion.”  Tory found success in a male-dominated fashion industry.

It goes to show that when you believe in yourself others will soon see your greatness too. No dream is ever too big to go after! Like and follow our City Girl Savings page on Facebook! Also check us out on Instagram and Twitter to stay connected with us @citygirlsavings.