How’d She Do It? Jen Sincero

How’d She Do It? Jen Sincero 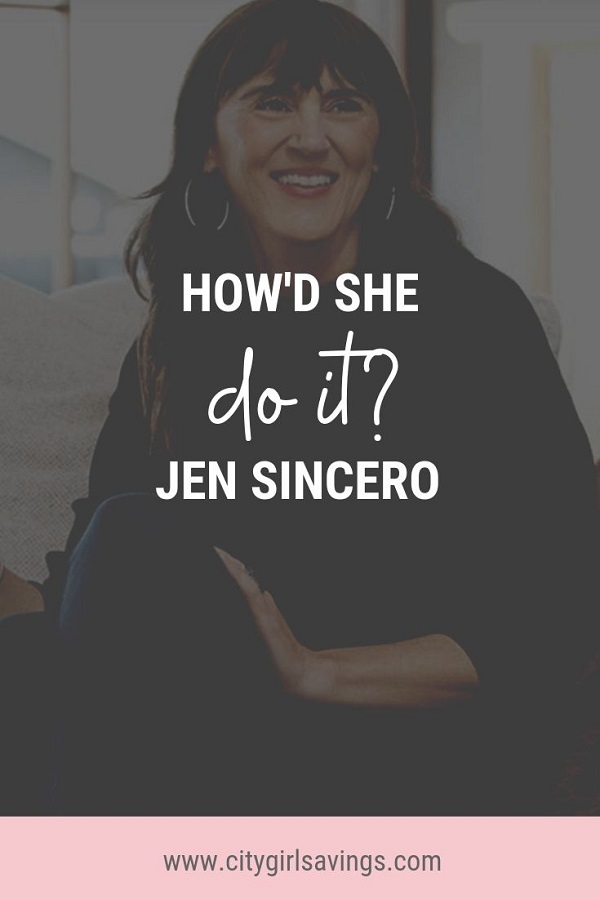 Based on her own transformation, from a frustrated forty-year-old living in a converted garage watching tumbleweeds blow through her empty bank account, to a successful business owner traveling the world in style, You Are a Badass is a testament to her story.

But before we get to Jen’s success, let us first take a stroll down memory lane to understand her story of how she turned a negative situation into a million-dollar business. Jen’s story is not like the typical rags to riches biographies you may have heard before. She did not grow up with a silver spoon in her mouth.

Jen Sincero worked as a marketing executive in the music industry in the 1990s. She and her co-worker Sara Rotman decided to write a screenplay on a fictional band, which Sincero later formed in real life with her brother. The band later split up and she moved to Albuquerque, New Mexico.

It was not until one day she woke up and made the decision to “get over my fear and loathing of money and figure out how to make some.” She knew money didn’t grow on trees but she understood the first thing that needed to get done was to change her mindset.

Changing her mindset was a good first step, however Sincero also shifted her focus to earning rather than just surviving she tells Make It. “If it wasn’t going to make me money, I didn’t do it.” Her method to her madness was to find a viable stream of income, therefore she stopped freelancing and set up an online business helping entrepreneurs write and sell book proposals.

Within three months she had tripled her income. Having experience informally coaching female entrepreneurs, Sincero started working as a “success coach” around 2008. Over the next several years, her business took off and she worked with hundreds of clients. Her achievements as a coach led to speaking engagement opportunities and, eventually, a book deal.

Where She’s At Today

Today, Sincero is “making seven figures as a success coach and author,” she writes in “You Are a Badass at Making Money,” though, through her representatives, she declined to share more specifics. And she has learned that “a healthy desire for wealth is not greed. It’s a desire for life.”

Both Jen and her work have appeared in a variety of media outlets including the New York Times, The Dr. Oz Show, Oprah Magazine, Success Magazine/Radio, Money Magazine, Comedy Central, Forbes, Fast Company, Bloomberg, Interview, Cosmo and The Howard Stern Show. Her other books include the semi-autobiographical novel, Don’t Sleep With Your Drummer (2002) and The Straight Girl’s Guide to Sleeping With Chicks (2005).

Jen was in a position that seemed to have no positive outlet, but instead of making up excuses she paved her own path to the life she wanted. She did not give up in the face of trial and tribulations but instead changed her outlook on life.

What can you learn?

We all have a piece of Jen inside of us and once we tap into it the sky is the limit and wealth and prosperity will follow. If you are interested in picking up a copy to one of Jen’s best seller books they can be purchased at your local bookstore or online via Amazon or on her website jensincero.com.

What do you think of Jen’s story? Are you a fan of her work? Share your thoughts and what motivates you to keep going in the comments section below.