How Much Debt Does the Average American Have?

How Much Debt Does the Average American Have?

There’s no denying that debt is a serious problem. The amount of debt that most people have is nothing short of uninspiring. I’ve even heard clients complain that they will “die with debt”. That’s terrible! While there may not seem like there’s a light at the end of the tunnel when it comes to debt, there is. You just have to keep fighting! 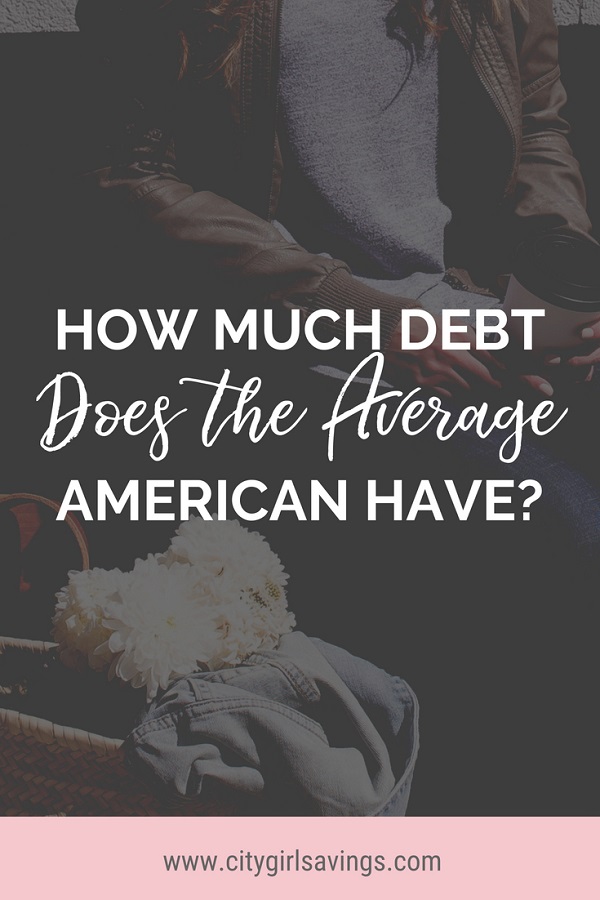 Most people have debt, but what does that really look like? Everyone’s situation is different, but it can certainly help put things into perspective when you know where the average person stands. At the end of 2017 GoBankingRates surveyed over 2,500 adults across the United States, asking the following questions:

So, what did the survey results show? According to GoBankingRates, “The survey found that the percentage of Americans with different types of debt varies greatly, from a high of 65 percent with mortgage debt to a low of 21 percent with medical debt. The average overall debt amount all survey respondents — including those with no debt — report having is approximately $63,000. However, among respondents with debt, the average total amount owed is $140,113.” 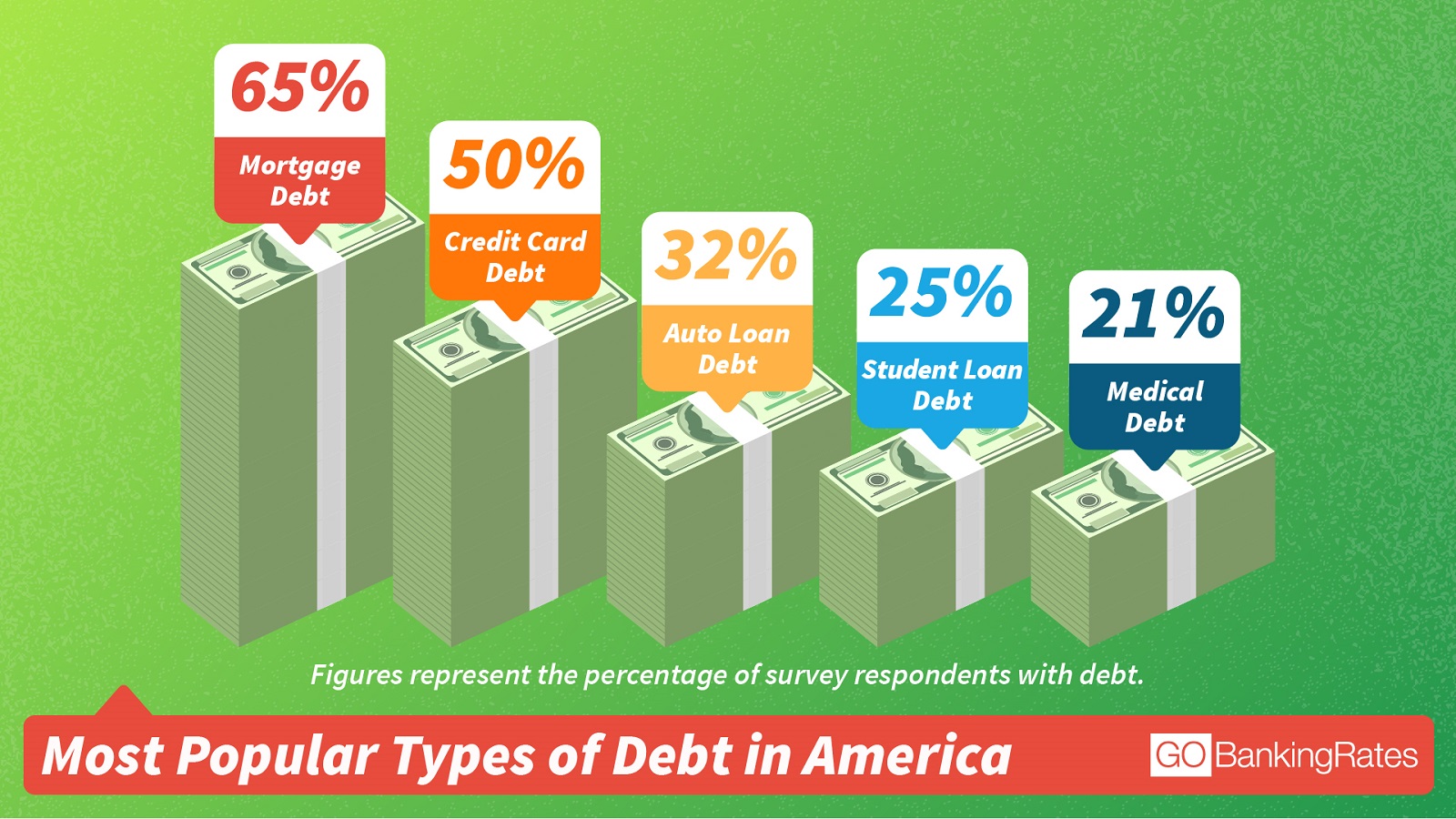 As you can see in the picture, most of the debt owed by Americans comes in the form of a mortgage. This isn’t necessarily a bad thing. A mortgage is tied to an asset, so each payment you make, you are getting closer and closer to owning that asset. Once the debt tied to that asset is paid off, you own the asset outright. Essentially, you are getting something for your money.

The second highest form of debt owed by Americans is credit card debt, at 50%. This can be a bad thing, because unlike a mortgage, your credit card debt is not tied to an asset. Because of that, you are likely paying significantly more in interest.

Money Magazine also dug into the Federal Reserve’s data on debt in America. In short, they found that a person’s peak earning years are also their peak debt years.

Here’s how much Americans owe overall, broken down by age group:

Money found that households run by those under age 35 had the most Student Loan debt. They found that the average millennial household owes $14,800 in student loans.

Now that you can see where the average American stands when it comes to all forms of debt, how do you compare? Based on your age, do you fall in the same debt brackets by age group? What about the types of debt you have? One thing to keep in mind is that credit card debt should be the first to go, especially if you are paying interest.

No debt is good to have – as it means you owe someone else, however some debts are better than others. Unless you can pay cash for a home, you will likely need a mortgage loan, and that’s fine. When it comes to your credit cards though, if you don’t need it, don’t buy it!

What are your thoughts about the average debt amounts? Does this motivate you to get out of debt? If you do have debt, what are you doing about it? Leave a comment below to share!