How’d She Do It? Necole Kane

How’d She Do It? Necole Kane

Necole Kane, the woman who isn’t afraid of being herself and creating a space for women of all ages and backgrounds to do the same. If the name Necole Kane doesn’t ring a bell, perhaps you might know her from her former boss babe move of being a celebrity blogger turned business woman. 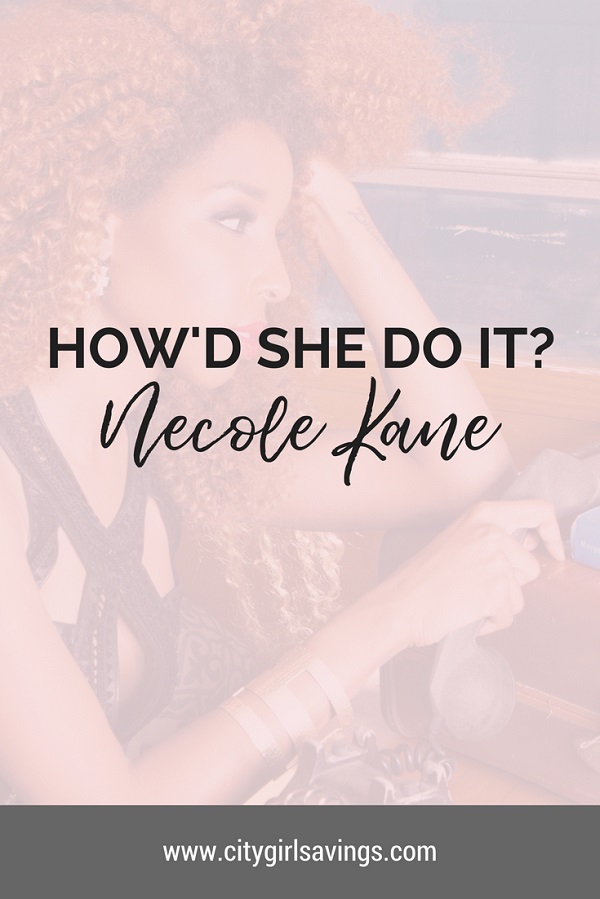 Although Ms. Kane appears to have it all, she has chosen to be an open book, which is very tough to do in a day and age of social media. She is an advocate of doing what makes you feel happy, and to always keep your best foot forward in the face of adversity. She is the spokesperson for empowering young women and motivating them to be the best version of themselves.

Through struggle is strength

Necole was born September 2nd in Cambridge, Dorchester County, Maryland.  At a young age she lost both of her parents, directing her to move to Detroit to get a fresh start. Of course, all that glitters isn’t gold. On the outside, it appeared she was living her best life ever, but internally she was battling with her own demons.

By 2007 she had hit rock bottom and found herself back in her hometown on the Eastern Shore of Maryland living with a family member. Instead of throwing in the towel and dwelling the things that weren’t going for her she decided to create a celebrity blog as a way to pass some time.

A real blog is born

Before she knew it, her following had grown and provided her enough stability to move to Atlanta, Georgia. In Atlanta, she was really able to hit the ground running, attending networking events within the industry and over the next couple of months her blogging grew by unexplainable growth. In one years time, Necole had created the fastest growing urban blog spot in the nation.

She interviewed the hottest celebrity personalities such as Big Sean, Amber Rose, and even flew around the world as part of Rihanna’s 777 tours.  If you could name it, then Necole has done it!! Eventually after moving to the big apple, working her dream job, she somewhat still felt unhappy and not fulfilled.

Moving on to bigger and better

By July 2, 2015, Necole said farewell to her celebrity blog site and wanted to focus on things with more substance. Shortly after she ended her blog, she launched her women’s lifestyle platform that featured articles on beauty, wellness, career advice, and so much more.

With an amazing new brand built around empowering others, Necole knew this was a much better start, yet still some things didn’t feel right. Two years after her new career endeavor Necole decided to take time to work on her.  She realized in order for her business to flourish she must learn to take care of her well-being and by doing so setting boundaries for herself and business.

Over the next couple of months Necole went through a major lifestyle change. In doing so, she focused more time to her overall health, which resulted in a positive change in her mood and productivity. With a new-found balance in her life, Necole realized that she could still chase her passion while still being the boss business woman she is.

Through her trials and tribulation Necole is able to share her story to help other women who have experienced similar battles that there is gold on the other side of the rainbow.  Necole is now the proud CEO and Editor-In-Chief of the women lifestyle brand xoNecole.com, which was recently acquired by the Hollywood producer Will Packer.

Necole is the perfect example of rags to riches, the right way. She wasn’t afraid to make changes, even if things appeared to be working. She shows that personal development should never be put on the back burner, and with the right mindset, you can do whatever you dream of! Are you a fan of Necole? Have you been following her throughout her career? Leave a comment below to share your thoughts!